About The Carragher Family 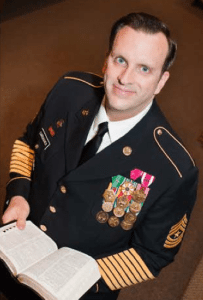 Doug Carragher was born in Putnam, Connecticut. He was the second son and the fifth child of Mr. and Mrs. Francis W. Carragher. He was raised as a Roman Catholic and was sprinkle baptized as a baby. His first communion was at age seven and then at the age of twelve was confirmed into the faith. At the age of seventeen he joined the United States Army and at the age of 22 married Miss Deborah Andrews. Even though they were both raised Roman Catholic, Doug and Debbie moved from one ecumenical faith to another and yet still felt like something was missing in their lives. So, on December 24, 1986, Debbie advised him to go and speak to the local priest about the overwhelming emptiness. The priest was not available.

For seven more years he struggled to fill the void that was in his heart. In June 1993, he reported to the United States Army Sergeants Major Academy, Fort Bliss, Texas. While he was there, they paired him with a Ranger Buddy named Willie Vernon Watson. Willie was different from the rest of his fellow students because he was always smiling and relying on the Lord to take him through life and not on his own strength. On October 14, 1993, Doug asked Willie what made him so different from everyone else. He then answered as he always had many times before, “If I died right now, I would go to Heaven!” These words resonated in Doug’s mind as he tried to get some sleep that evening. The next morning, he reported with Willie to take an Army Physical Fitness Test. Willie failed his push-ups and was complaining of weakness. After their run, Willie died right there in Doug’s arms. That same day through the testimony of a Baptist Chaplain, Doug came to accept the Lord as his personal Savior. No one had ever told him that he could know for sure that he was going to Heaven. This chaplain showed him I John 5:13 and then led him through Romans 3:10, 6:23, 5:8, and 10:9,10. After Doug made a profession of faith, the chaplain advised him to visit with Pastor Bob Stewart of Hill Crest Baptist Church.

From that day forward, he has always attended Baptist churches. He was able to lead his first soul to Christ a few months later and by God’s grace, he has never lost the desire to share the gospel. Nine months after his salvation, Debbie too, came to know Christ as her personal Savior. They have two boys, Douglas II, who is a high school math teacher and Daniel, who is a computer programmer. Doug and Daniel are professing Christians.

The Carraghers were members of Engleside Baptist Church in Alexandria, VA and serving under the preaching and mentorship of thier pastor. In 1997, while attending a revival service with Rev. Dave Kistler, Doug surrendered his life to preach the Gospel. After this surrender, they served as Sunday School teachers and Evangelism Leaders. Doug was also able to preach in Junior Church. After transferring to Fort Drum, NY, he was called to serve as an Associate Pastor, Interim Pastor, and AWANA Commander. God used them to help start two churches, which later led to starting three more. Two months after making the decision to retire from the Army, Doug was promoted to the rank of Sergeant Major. Doug and his Pastor saw it as the Lord’s call for workers in Germany. So, he stepped down as the Pastor’s successor and prepared for his deployment to Germany. 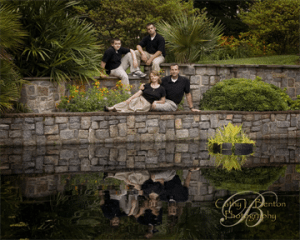 After arriving in Germany, they helped plant Lighthouse Baptist Church in Heidelberg, Germany. Through that time, they were able to see many soldiers and the family members come to know Christ. They literally watched the Lord take a few and multiply them in His hands in order to reach the lost community. Due to this blessing, Doug prayed that the Lord would use him in military work. Soon after, the Lord placed him in touch with an old pastor friend from Virginia, who reminded him of a former deacon who was working with Armed Forces Baptist Missions (AFBM). After speaking, they agreed to pray on how the Lord could use them to bring military men and women to Christ. The Lord then providentially brought Doug and this former deacon together for the September 11th reunion at the Pentagon. Upon retirement from the US Army, Doug joined AFBM, a ministry of Good News Baptist Church in Chesapeake, VA.

Doug had an exemplary military career serving in three countries and overall in seven locations.  By God’s grace, he was able to meet world leaders, including six U.S. presidents.  His numerous awards include 30 medals and 10 ribbons.  He is also the thirty-ninth member of the US Army Recruiting and Retention Hall of Fame residing permanently in the Pentagon.

Doug is the author of Wounded Spirits, A Biblical Approach to PTSD (a best seller for Walden Books), and several other books on PTSD. He has spoken on numerous radio stations and TV programs. Additionally, he has served as an expert witness in Florida State Court explaining PTSD from a Biblical perspective, and how the Lord can help people. He preaches at over a dozen camps a year holding workshops for those with PTSD. Thousands have been helped and testimonies, classes and opportunities can be watched on woundedspirits.com.

The book “Overcomers” (coming April ’21) looks at a dozen people the Lord helped through his book and camp ministry. Many were suicidal, despondent and searching for help. Their stories are a picture of our Lord’s love and mercy on their lives. The book will publicly be released on April 1, 2021 on all book sites.

During several assignments Doug’s additional duty included membership in the base’s Quick Reaction Forces responding to natural disasters as a Crisis Counselor. He responded to a plane crash in Indianapolis, IN (Ft Ben Harrison, IN), and a plane crash in Alexandria, VA. Most recently, he responded to the fatal shooting in Las Vegas, Nevada providing counseling and care for individuals affected by the terrorist attack. Also, working with Chaplaincy Nevada training First Responders dealing with PTSD. His service was recognized by the Sherriff of the Las Vegas Police Department.

Doug has provided training to seven police departments, many military units, forty Veteran’s Hospitals and many fire departments. In 2019, Doug trained over 5,000 people on help with PTSD.